With 5G networks still being deployed worldwide and many regions still utilizing 4G and even 3G networks, it appears premature to use the term 6G. In any case, what purpose can 6G networks serve when relatively few people can even utilize 5G networks?

However, the technology always advances and standards take a long time to establish, so we’ve always been headed toward a 6G world. The concept of 6G so early in the development of 5G merely demonstrates how rapidly this technology advances. We’ve gotten from 1G to 5G in such a short period of time, so 6G is really the next logical step towards faster and better wireless communication.

Although 6G makes sense as the successor to 5G, it may never be referred to as “6G.” If not anything like 5G Enhanced or 5G Advanced, we may one day just say “connected” instead of all the numbers and designations.

Eventually, regardless of whether we have 6G, 7G, or another “G”, we’ll have such extraordinarily high speeds that we won’t need progress bars or wait times for any regular quantity of data, at least by current standards. Everything will be instantaneously accessible, and we will no longer need to create new terms to describe it.

When Will 6G Come Out?

Every decade or so, a new mobile network standard typically comes to the forefront. That suggests that this networks may launch around 2030 (or maybe a bit earlier in Asia and other regions that introduced 5G first), or at least that’s when most telecom providers will be conducting testing and phone manufacturers will begin teasing 6G-capable devices.

However, it is usual for work to begin up to a decade earlier than the actual installation of a new network technology, which may explain why you’ll hear about 6G before you even have a 5G phone!

However, progress will not begin and conclude immediately. 6G networks will not be released as rapidly as we would like for the same reasons as 5G networks. There are frequency bands to discuss, spectrum licenses to acquire, physical towers to construct and coordinate, as well as policies to address.

Despite the fact that 6G is less than a decade away, few organizations are actively researching it at this time. However, 6G experimentation is projected to ramp up significantly as we find 5G’s shortcomings. The next network type will improve on 5G’s inescapable flaws and limitations, so it won’t be long before the powers-that-be make their next move.

Everything you currently utilise a network connection for will be much enhanced on a 6G network. Literally every enhancement that 5G offers will be manifested in this network as an even better, upgraded version.

5G will enable more powerful VR and AR systems, interconnected smart cities and farms, AI at our fingertips, intelligent robots working in factories, vehicle-to-vehicle (V2V) connectivity, and more. 6G will continue to support all of these sectors with increased vigor, while offering even more bandwidth that will ultimately spread innovation even farther, perhaps into fields we haven’t yet explored or even contemplated. Imagine more immersive virtual reality apps and hologram video calls that are lifelike.

For instance, Marcus Weldon of Nokia Bell Labs claims that this network will be a “sixth sense experience for humans and machines” where biology and artificial intelligence intersect.

Also:What are the 3 elements of customer service?

The Japanese telecommunications company NTT Docomo believes that 6G will enable the “advancement of cyber-physical fusion,” which the document claims will be necessary for the 2030s. According to them, this will allow cyberspace to assist human thought and activity in real-time via wearable devices and micro-devices attached to the human body.

5G’s low latency of about 4 milliseconds is a large part of its appeal, but 6G networks may drive this down even further, perhaps to the point where we can confidently declare there is essentially no lag. The only limitation on the start time of movies, TV, and games will be the time it takes the screen to power on, and video calls will be as clear as if you were standing in front of the other person.

As we have seen with 3G, 4G, and 5G, as a network’s capacity increases, so too will its applications. This will have a remarkable effect in that new goods and services can be developed to fully exploit 6G’s bandwidth and other enhanced characteristics.

6G vs 5G: What Are the Differences?

Speed and latency will be the most distinguishing characteristics between 6G and 5G. This is the performance difference between 5G and 4G, therefore we can expect this network to be orders of magnitude faster than 5G. 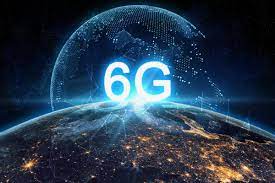 How quickly will 6G be? Even with 5G, under perfect conditions, we’re observing speeds of up to 1 Gbps. This will be surpassed by 6G, although how much is uncertain. We may witness speeds of many hundred gigabits per second or possibly terabytes per second. Samsung Electronics evaluated this network technology at 50 times the speed of 5G.

We do not yet know how 6G will be quicker than 5G, but we may infer it will include the use of millimeter-wave frequencies in the radio spectrum. 5G’s bandwidth capacity derives from its usage of high radio frequencies; the further up the radio spectrum you go, the more data you can transport. Eventually, 6G may approach the upper limits of the radio spectrum and reach 300 GHz or perhaps terahertz frequency levels.

However, just as we are currently observing with ultra-fast 5G network versions being highly localized due to the intrinsic limitations of millimeter waves, the same issue will be observed with 6G networks. The range of terahertz radiation, for instance, is approximately 10 meters, which is far too short for significant 6G coverage.

Perhaps by 2030, we will have invented new methods of signal amplification that will allow us to avoid constructing thousands of new 6G cell towers. In 2022, researchers employed a new type of transmitter that produced focussed beams (vortex millimeter waves) to transfer 1 terabyte of data per second.

How To Make Everything You Need To Know About 5g

Dogecoin Price Prediction 2040: Should You Buy It?