Aim Training: How to Improve your FPS Aim

The aim is a crucial skill in competitive FPS games. A lot of titles interweave different mechanics or even subgenres into their games. For example, characters’ special abilities in Overwatch or tower defense mechanics in Fortnite. However, the aim remains the key to victories. Like any other skill, the aim can be trained and mastered. Naturally, you will need decent equipment like the best mouse under 50 and a mouse pad. However, the skill in your hands remains your primary weapon. Even if you never were good at FPS games, you can still reach a pro level. However, one should approach aim training with awareness. 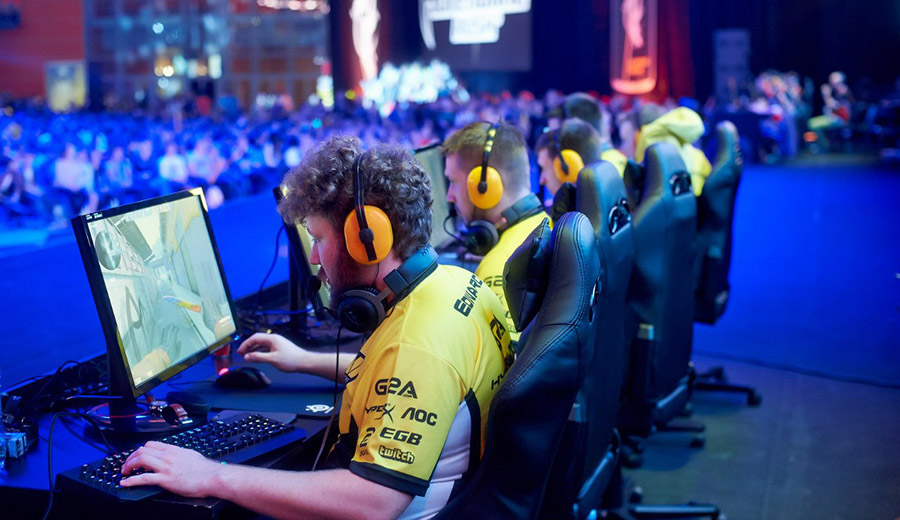 The modern market of FPS games is truly impressive. There are dozens of new games that meet any demand:

And these are only the most popular titles. If you are tired of the best love story games, it is time to have some real, hard-core fun. Choosing a game implies that you are ready to spend dozens of hours in it, and it will not be boring for you. Aim mastering is a long process, and if the game is not fun for you during this period, you should reconsider your choice.

Another important aspect of choosing the game is learning how the shooting mechanic works. In general, FPS games work in the same way: you and your opponent have guns. The one who aimed faster and shot first is a winner. However, the tiny details of this simple scheme make the essence of different games.

Generally, the types of shooting can be divided into two groups: hit-scan and projectile. Hit-scan games imply that the bullet has no travel time and reaches the target immediately as you pull the trigger. For example, Counter-Strike sticks to the hit-scan model. Projectile mechanic implies that each bullet is a separate game object that has its model, weight, and time of reaching the target. The time is calculated in fractions of a second, but still, it is slower than the immediate hit. For example, Hunt Showdown uses a projectile module for its bullets. Sometimes, the game may combine both of these schemes. Overwatch features different characters which have different types of shooting – projectiles and hit-scans.

If you know the bullet model of the chosen game, you will know how to train it. Hit-scan requires accurate precision while projectile makes you aim with pre-emption. Knowledge of shooting physics is the first step for aim improvement.

There are numerous aiming techniques and methods. Cyber-sportsmen develop their unique play styles during their career and the different games they play. However, two major techniques serve as a basis: tracking and flick-shots. Tracking implies that you follow your target with your crosshair and then land a shot when they’re crossed. Flick-shot implies sharper move on a short distance – you see the target, make a single move and land the shot immediately. These two techniques are equal and work with the same efficiency. The choice depends on personal preference and the game tempo. Slow games, like Hunt or Pubg, may require more skilled tracking, while Counter-Strike and Apex Legends would go well with flick-shots. Your device’s configuration depends on the chosen technique too.

Optimize the way of training

A perfect way to start improving your aim is to play some single-player FPS games first. You will have a grasp on the genre’s peculiarities and could master the basics in a safe environment. Such games as Far Cry, Wolfenstein, and Doom have great shooting mechanics and will help you to get used to constant action on the screen.

However, single-player and multiplayer experiences differ. You won’t improve your aim significantly if you play only with bots. Therefore, it is time to make friends with the training mode of your chosen game. Modern online FPS games usually include some sort of shooting range for practice. Rainbow Six Siege has single missions, and Overwatch has literally the training mode where you can shoot dummies to improve your aim. Even the greatest professionals do not skip their sessions on shooting range.

The key here is consistency. 20 minutes sessions each day to practice the aiming techniques, shooting with different weapons, and finishing in-game challenges (if such are available) are the primary way of aim improvement.

Don’t forget to set the optimal sensitivity configuration as well. The best mouse sensitivity is one comfortable for you. However, in many cases, cyber sportsmen set low mouse sensitivity. The low sensitivity decreases the time you need to track the crosshair toward the enemy’s head and helps to make precise flick shots.

Aim Hero is a popular game that is worthy of mentioning. It is not even a game in a full sense of the word but a training apparatus for improving your aim. The game features a bunch of arenas with different modes of moving targets. These arenas help you to sharpen a certain aim technique or increase your awareness concerning the enemy’s movement in general. Aim Hero may lack the tiny nuances of any particular game, but it is a great way to learn the ropes of competitive shooter games.

Protect your subdomains with a Wildcard SSL