What is the role of a game designer?

Any computer game begins with the conception and creation of the game environment, and game designers are responsible for this. They devise the rules by which the game will function and its characters will live: they establish the game’s ultimate objective and the alternatives available to players in their decision–making process that influence the game’s final conclusion. People frequently mix up definitions, interpreting game design to be either programming or game art. Game design is neither one nor the other in reality.

What is the role of a game designer?

A game designer’s primary responsibility is to create the gaming experience. He not only designs the game’s framework, but also the feelings that the player would feel at each step. A game designer’s job is quite comparable to that of a filmmaker in this regard. In addition, the game designer oversees the game’s development, thus acting as a full–fledged product manager.

The game designer creates the game’s core dynamics, which are responsible for the user’s overall impression of the game. Basic game mechanics, in turn, are based on basic dynamics, or how things interact with the player and the game area. The main game mechanism in chess, for example, is the movement of chess pieces across the field.

Game design is a fairly broad concept. In microteams developing PC games or in mobile game development, he can work alone with a programmer. In large companies, game designers have different specializations, which are essentially different related professions. Game design in large projects can take place in various segments from the design of the worlds themselves to game texts (dialogues, game descriptions and alerts), interfaces and character creation.

Typically, the following levels of game design are distinguished:

Narrative designers write texts for diaries and computer terminals, as well as work out mythology and think about the presentation of the story: for example, through the environment using the arrangement of objects, characters and staged scenes.

The system game designer creates the general rules of the game; he is a versatile specialist who will find application for his skills in any game team. He calculates and is responsible for the balance of game mechanics, and in a large company this will be done by a separate specialist – Balance Designer. They make sure that all players are on an equal footing. Make sure that the passage of the levels is not too easy, but in principle possible.

And there is also:

What a game designer should be able to achieve

The following are the main tasks of a game designer:

When all of the ideas have been gathered into a concept, the design document(GDD) contains precise plans for their execution. The game designer’s job now is to keep an eye on the game’s implementation: so that all ideas are taken into account, and all characters are correctly created.

A game designer must be able to think analytically – to identify and analyze current trends in the computer games market. Understand the interests and behavior of the target gaming audience. Before forming a game concept, a game designer does a lot of analytical work.

Being able to communicate and communicate your ideas to others is the most important skill of a game designer. Working on the creation of the game, he must coordinate the actions of other members of the game team – primarily artists and programmers. The game designer creates a technical task for them and monitors its implementation.

Therefore, the ability to work in a team is very important for a game designer. Like this topic? You can find more here. 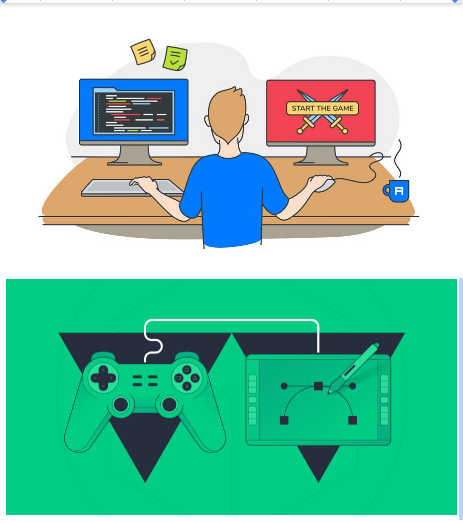 The Ultimate Guide To Lady Hellbender 2022